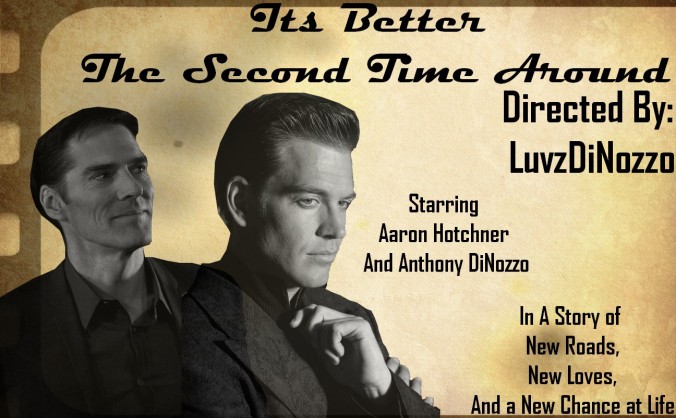 Chapter Summary: The EU&IU gets their first investigative consult request. Then Jason uses his latest killing to leave a message for the BAU that he is not anywhere near done.

Tony was standing outside his office, leaning against the railing watching the team chatter with Ruby who had started with them the day before. With Jeremy at his ranch still recovering, and Chin devoting all of his time to working the computer end of Gideon’s case, they were running a little thin. So, the hiring couldn’t have started at a better time. It did though help prove to his bosses that they needed those other bodies on the team.

Spotting Tobias coming his way with a file folder, Tony turned his head to watch him not bothering to move. He noticed that Elijah at least had noticed their boss, and was also watching him.

“Happy Tuesday, DiNozzo. I hope you didn’t have anything planned today because I have another case for you.” Tony straightened and took the file before leading Tobias into his office where the two settled around his desk.

Once in his chair, Tony opened the file to read along as Tobias explained the request. “Case comes out of Newark, New Jersey area. One of our drug teams is working in conjunction with the PD there to chase a man named Stefano Magnani who is running drugs into Jersey out of New York. They’re at odds, basically, most of the two teams are on one side and the lead detective for Newark PD, a Detective Danny Williams, is on the other side. Most everyone agrees on a direction, except for him. The brass at Newark PD apparently aren’t willing to disregard the detective’s thoughts, and have requested a second opinion.”

Tony nodded leaning back in his chair as he studied the file, which fortunately included a breakdown of the divide as well as an FBI file on Detective Sergeant Daniel “Danny” Williams. It seemed Detective Williams was a newly single father to one daughter Grace. His ex-wife who had primary custody was killed in Honolulu in what appeared to be some kind of sanctioned hit.

It seemed as though the new husband got mixed up with the wrong people on the island, and the local yakuza was hot happy when he tried to renege on their deal. As a lesson, he and his new wife were shot in the back of their heads. The daughter had been locked in her room fortunately beforehand and hadn’t seen her mother’s dead body. Still, Tony knew it was a highly traumatic ordeal for the child.

Looking through the detective’s file, he noticed the numerous commendations, as well as a notation about a classified undercover op with the Russian Mob also in conjunction with the FBI. The wheels in Tony’s mind were turning quickly. From the chuckle he heard on the other side of the desk, he guessed that his pseudo father knew what he was thinking.

“I have a feeling that Detective Williams would be highly poachable if we sweet talked him the right way. Especially since he’s not getting a whole lot of support from his own people, and from what I can gather from the file they sent, his position is probably a better avenue than theirs.”

Tony nodded frowning as he read through the case file again. “I see a whole lot of opportunity for someone to get murdered with this other plan. OK, I will send Elijah and Ruby. I don’t think that it needs two people, but it will be a good evaluation of her investigative skills. I’ll tell them to schmooze the good detective. Then I will see what I can do about working FLETC around his daughter’s summer vacation so that he can take her with him, but not have to pull her out of classes.”

Tony started jotting down notes on his pad about things he needed to do ahead of time for the detective. Lost in his own world, he didn’t hear Tobias laugh, or hear him leave him to his plotting. There was no doubt in the Agent in Charge’s mind that he would be adding the New Jersey native to his team. It was only a matter of time.

This was a masterpiece.

Stepping back, Jason surveyed his work and decided that he was very pleased with himself. This would surely send a message to his former team who had lost their path. This would remind them who the best was, and that Jason Gideon was not someone to be trifled with.

Smiling at his artwork, Jason went over each part of the scene to ensure that he hadn’t missed anything. He had met Steven Carlson in The Traveling Hippy Café that the younger man owned and ran. They’d talked for several hours, and Jason dropped several hints that he enjoyed a good doobie. The younger man had been amused by such an old school term, but he’d cheerfully pointed out he was after all old school. The fool had foolishly invited him back to his apartment, and Jason had more than happily accepted.

Once inside it was a piece of cake. Jason offered up the first joint. One he’d made himself with a very special additive and offered Steven the first hit. Quickly he’d excused himself claiming he’d needed the restroom and stayed in there for 15 minutes. He thought that should be long enough for the younger man to be killed with the drug he’d added to the pot cigarette, and clear the smoke enough so he wouldn’t be affected.

Coming out, he’d been pleased to see he was right, and going through the man’s kitchen was pleased to find high-quality chef’s knives. It made his work so much easier to have a good quality instrument to use. Carefully he’d selected the filleting knife, and the moved to the stereo to put on the right music. As Pavarotti came from the speakers, he moved over to the body to get to work.

By the time he was done, Steven Carlson was spread eagle on the floor, he’d used the man’s blood to paint a picture of the hawk he’d been tattooing on the bodies onto the man’s cement floor. Then, once it dried, he moved the body so that the talons of the bird appeared to be sinking into the man’s skinless shoulders. The masterpiece though was the finishing touch.

Carefully, he cut letters and numbers out of the skin that he’d removed from Steven’s body, and pasted it to the wall using glue and blood as adhesive.

That should eventually get to Hotchner, but slow them down enough that he could buy himself some time. The FBI case file number for Steven’s juvenile records were sealed, and therefore wouldn’t be a quick find. He couldn’t make this easy after all. Looking around the apartment, he carefully cleaned up, then took his gloves, and the body suit that he’d been wearing off shoving them in a bag that he’d dump somewhere far, far away from Portland.

We do everything - just not on a schedule -