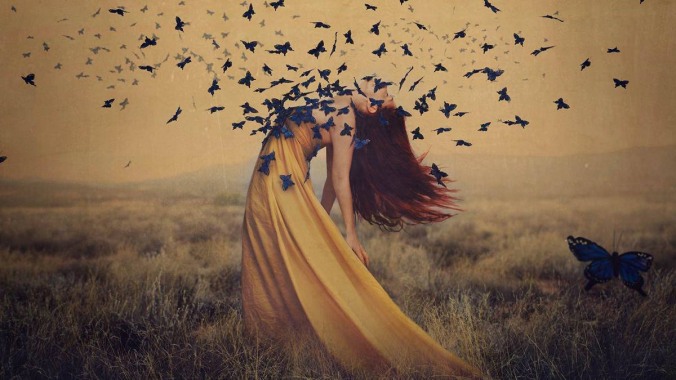 Chapter Five: The Flight to Safety

By the time they got back home with their new charges, Draco was about ready to crawl out of his skin. After finding out what his new responsibility was, he knew positively that they had to get out of England ASAP. There was no way that he could risk his father getting his hands on the three baby dragons. Therefore, once in the house, he immediately began barking orders. Seeing what they’d brought back with them, Dobby and the Fairy Angels moved even faster in their assignments. They knew the danger the babies would face from the British magical community as a whole if they found out about the babies.

While baby dragons weren’t unheard of, they were rare. Let alone to find three of them at once. As far as Draco knew, there hadn’t been a baby dragon found anywhere in the world in the last 75 years or more. He knew that there was one found when his Grandfather Abraxus was a boy, but he hadn’t heard of anything since. That didn’t mean that there weren’t any dragons around.

When Tony moved to Hawaii to be with his Partner Steve McGarrett, one of the things they did was move to a more secluded property so that they could have a magical creature rescue. Hawaii had some of the most progressive laws to protect their magical creatures. Draco knew they had at least one dragon on the property.

Draco always thought that the rescue was an odd choice for his cousin. Now that he had the three dragons though, he was beginning to wonder if there was more to it than Tony told him. An odd buzz in Draco’s head had begun that hadn’t been there before, and the longer that he was around the babies, the more apparent it became. Draco was beginning to wonder if his mother’s cryptic words that she’d chosen to name him Draco for reasons other than because she’d fancied the name held some truth to it. He’d always chalked it up to his mother just being odd, but now he thought he should have asked some questions.

Finally, the belongings they wanted to take with them were in their various magical trunks, which had been shrunk small enough to carry them in pockets or magical duffle bags. When Harry came in carrying Hedwig in her cage, Draco shifted the backpack he was carrying the babies in more comfortably on his back and stepped forward to approach the International Port Key that would be their escape. It was a picture of Hermione that he painted sometime during 6th year. She was bent backward with her long red hair hanging down free with hundreds of dark blue butterflies escaping from her chest. She was the only person outside of the household who knew what it was but didn’t know where it went.

When she hadn’t heard from Harry in a set number of days, Hermione would come to investigate. They’d leave the door to Draco’s studio open, and she’d find the painting, which would no longer be magical telling her they’d used their escape plan. Draco was just waiting for Dobby to join them before activating the Port Key. Finally, the House Elf popped in clutching a small wooden cage to his chest, and the Malfoy heir couldn’t help but smile affectionately.

Some while back, Draco had mentioned to Tony wanting to do something special for Dobby. A few weeks later they received a visit from a currier who had a package for one Mr. Dobby Potter. He’d sent a pair of small hamster looking creatures explaining to the Elf that his Master Draco wanted to do something nice for him and thought he’d enjoy pets of his own. The act had helped more than anything Draco did prior to heal the wounds left from when he’d been an asshat toward the House Elf as a child.

Draco noted with some amusement that despite how much he complained about him, Dobby headed right for Apollo, and figured it wouldn’t be long before they officially had a new couple in their household. “Are Nibble and Tribble ready for the journey?”

“Remember what I said Dobby. Things will be different for you in America. If you get overwhelmed though or have questions, you need just come to any of us. We know it will be an adjustment for you.”

Dobby nodded once more with a big smile. “Dobby be free Elf there, but no has leave Master Harry if no wants. No can make Dobby do things him no wants in the ‘Merica.”

“That’s right,” Draco confirmed before reaching out and touching the picture before ushering the Fairy Angels and House Elf through. Harry went next, and Draco paused a moment to look around his studio before heading into the International Port Key. England was now in their past, and their futures rested on an island in Hawaii.

When he came to his senses, he was standing in the basement of Gibbs’ house in DC. Apollo and Hades were already hovering around what looked to be the shell of a ship’s hull as Harry giggled a little manically as the effects of the Port Key wore off. Aphrodite was looking somewhat disgusted at all the sawdust floating in the air, but it was the feel of Dobby pressing into his leg that brought Draco around fully.

“It’s alright, Dobby,” Draco murmured as Gibbs set down his sander and came toward them. “Gibbs.”

As the port key closed behind them, Draco let out a deep sigh of relief. They’d done it. They’d escaped the dangers of England and were on their way to a better life for themselves, their Fairy Angels, Dobby, and their new charges. This just might work out after all.