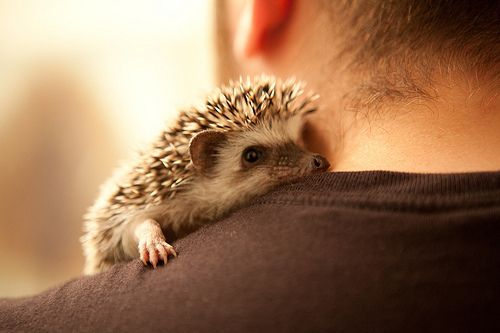 Chapter Nine: How to Hug a Hedgehog – The Sneak Attack

After Steve and Harry left the next morning, Tony headed down to the beach where Draco had retreated with the dragons. His cousin headed there at sunrise with his new babies to watch Poseidon and some of the other Fairy Angels surf. When the others came back without him or the dragons, Dite informed him that Master Draco was keeping the babies out of the chaos. As he stepped off of the lanai, he saw Draco was standing with his back to him where the grass met the sand looking downward. He guessed that was where the babies were.

As he neared his favorite cousin, Tony knew he wouldn’t be able to resist, and wrapped his cousin in a big hug from behind. Draco had always been prickly about signs of affection, mostly from the environment he’d grown up in. When his cousin huffed but didn’t complain otherwise, Tony knew he was being humored. Therefore, he hung on for a few moments longer than strictly necessary just because he could.

“I missed you too, Tonio,” Draco offered quietly as he turned a half smile toward him that did nothing to hide his younger cousin’s apparent fear and anxiety.

“Bring the kids up to play in the grass,” Tony suggested gently. “There’s some toys near the chairs that George and Leo were playing with the other day that might amuse them. It’ll give us a chance to talk.”

When Draco only nodded, Tony tried to hide his surprise as he helped gather the babies. When Alexander chirped unhappily at being taken away from his view of the water, Tony promised the young dragon that they’d try and get Poseidon to take him out someday with Draco acting as a translator. Alexander apparently was okay with that arrangement, because he made no further fuss and settled into the toys with a newfound glee.

“Tell me what’s going on,” Tony ordered gently drawing a sigh from his cousin.

“Do you ever feel like you’ll never find that one place or thing where you just fit?” Draco asked, and Tony huffed out a half laugh as he nodded.

“Yeah, a time or two,” Tony offered sarcastically, “it comes with the territory when you grow up in a household where you’re told you’ll always be nothing.”

“NCIS helped though. Gibbs helped. Steve helped more. Helping the creatures we have here helped more. This isn’t exactly what you had pictured for your life, huh?”

Draco just shrugged a shoulder before he let out a soft noise of disgust. “I’m not sure that I ever bloody well had a picture of what my life would be,” he admitted reluctantly, and Tony found himself nodding.

“I can’t get past the crap that my family put Harry through before and after I pulled my head out of my arse. Then, once I separated from the family, I was too bloody busy helping Harry and his two minions to form a plan. Since we got out of Hogwarts, it feels like I’ve just been going along with things. I have all these partial pieces of things that don’t seem like they’re part of the same bloody puzzle. I want desperately to be good enough for Harry, but I feel like I’ll never be. I always feel like I’m holding him back, and I know it upsets him. I draw out my dreams, and Harry does his best to help me, but most times I feel like I’m not doing enough with them. Now there’s this whole dragon whisperer thing, and I can’t imagine why I would be picked for such a responsibility. I mean, look what I almost did to my life.”

“But, maybe that’s why” Tony shot back quietly. When Draco just frowned at him, the elder cousin expanded his thought.

“Maybe it’s because you almost did something bad but didn’t. You saw what a shitty course you’d set yourself on and your father had set you on, and not only stopped it but corrected it. Mostly by yourself at that. Maybe whatever decided to give you the babies saw how hard you were working to do the best with the crappy hand you’d been dealt and knew they could trust you to do right by something as precious as these babies. This bond they’re forming with you isn’t something to take lightly, Draco. It’s an intense one that comes with ramifications I’m not sure you are aware of, but I wholeheartedly believe you deserve. As for Harry, maybe you should lower that pedestal a little.

“I know he’s somewhat God-like over there in England, but he’s still just a man with flaws and weaknesses like the rest of us. I can think of a time or two he wasn’t as good to you as he could have been over the years just from your stories and letters. One thing that Steve has taught me is that no matter what path you took that led you to each other, there’s no such thing as someone being better than the other. He loves you, and you love him. Deserving and earning love and affection aren’t real. Any relationship that takes that into consideration isn’t a good one. Maybe it’s time to stop thinking about what you think you each deserve and just enjoy what you have.”

Tony watched Draco take a deep breath before offering him a nod and turning the conversation to more pleasant things. While he wasn’t sure he’d gotten through to his cousin, Tony allowed it sensing that Draco needed a rest from the heavy conversation. He had enough to think about already, and Tony could only hope that Draco would come to him if he needed to talk further.